Arthritis is a common condition that causes pain and inflammation in a joint. In the UK more than 10 million people have arthritis, or other similar conditions that affect joints.

Osteoarthritis
Most common type affecting 9 million people, often develops in adults in their mid-40s or older. More common in women and people with a family history of the condition. Affects the smooth cartilage lining of the joint, which makes movement more difficult than usual, leading to pain and stiffness.

Rheumatoid arthritis
Affects more than 400,000 people. Often starts when a person is between 40-50 years old. Women are 3 times more likely to be affected than men. In RA the body’s immune system targets affected joints, which leads to pain and swelling.

Causes
OA is caused by damage or breakdown of joint cartilage between bones. Although arthritis is associated with inflammation and pain, the exact cause of arthritis remains uncertain, and there is no treatment for its fundamental causes.

” Medication – Painkillers, Non-steroidal anti-inflammatory drugs (NSAIDs), steroid injections and many more. However, the drugs have serious adverse effects in the gastrointestinal tract and cardiovascular system.

” Strength Training – Anyone can benefit from a strength training program especially people with OA. However the program MUST provide consistent overload to their muscles as they exercise. There is currently no evidence that one type of strength training program is superior to another as long as the program provides progressive overload. This means a rep range of 1-6 reps! 10-12 rep range is for more muscular endurance and if you’re looking to just build more muscle.The heavier we lift the less times we’ll be able to do it, this then has knock on effect on that our muscles will primarily adapt to getting stronger, not necessarily bigger!

” Weight loss – Exercise is good for loosing weight, improving posture, less pressure on the joints, and relieving stress, which will ease symptoms.

The assessment of yoga for arthritis is in its infancy, and in general most studies that have been carried out are small in both size and scope. Most consistent findings were for tender or swollen joints in persons with RA, which improved for all three studies that used this outcome. Another outcome used was pain, which improved in six out of eight studies, measured by various instruments. Mental health and energy improved for two out of three studies.

” One particular study carried out in 2015, was to measure the effect of integral-based hatha yoga in sedentary people with arthritis. There were 75 adults aged 18+yrs with RA or knee osteoarthritis, randomly assigned to 8 weeks of yoga. Average disease duration was 9 years, and at 8 weeks of yoga there was a significant increase in higher walking capacity found among the adults.Also a lower sense of depression, increased flexibility, grip strength and improvements in physical and psychological health.

A systematic review and meta-analysis provided scientific evidence that 8-12 weeks of standardized turmeric extracts (typically 1000 mg/day of curcumin) treatment can reduce arthritis symptoms (mainly pain and inflammation-related symptoms) and result in similar improvements of the symptoms as ibuprofen and diclofenac sodium.

” However, the sample sizes (45-124) of the studies included in this review were insufficient, and some studies represented moderate quality. Further high-quality RCT studies with more subjects are needed to confirm the therapeutic effect of turmeric and curcumin for arthritis.

” Also it must be considered that Curcumin has a low bioavailability, and several studies have reported that after a oral dose of 50-8000mg in humans curcumin concentrations are low in serum and tissues at 1,2,3 and 4 hr after the dose. Black pepper and a source of fat can help enhance the absorption.

Omega 3
Omega-3s play a role in brain health: high blood levels of omega-3 fatty acids are associated with a reduced risk of neurodegenerative diseases such as Alzheimer’s disease and mental disorders such as schizophrenia and depression

” Omega-3 and Omega-6 fatty acids have been the subject of intense research since the mid 1990’s, and it is now clear that our balance of omega-6 to omega-3 affects our health as much as any other aspect of dietary fat.
” Two essential fatty acids (EFA’s) that we consume in food are Linolenic Acid (an omega 6) and Alpha-linolenic acid (ALA) (an omega 3). We CAN NOT produce these within the human body, we must consume them in the diet.
” Linolenic acid is readily converted to its long-chain metabolite arachidonic acid.
” However most humans convert small amounts of ingested alpha-linolenic acid into EPA and even less into DHA. Many people are likely to be deficient in EPA and DHA, and they are both essential to have in the diet. (Look out for a fish oil with a High EPA and DHA content: Wileys fish oil, and Lion Heart are good sources)
” EPA and DHA metabolites stimulate the dilation of arterioles (small arteries), which decreases blood pressure and inhibit the expression of inflammatory genes. Daily supplementation with 2.6 gm of omega 3 results in significant clinical benefit and may reduce the need for concomitant antirheumatic medication. (Study done on ninety patients in a 12 month double blind, randomized study comparing daily supplementations with either 2.6gm of omega 3, or 1.3gm of omega 3+3gm of olive oil, or 6gm of olive oil).

Eating more fibre
A 2009 review published in the European journal of Clinical Nutrition reported 25 to 54 percent lower CRP (C-reactive protein, a marker of inflammation that’s been linked to RA) levels in people who not only ate a high-fibre diet, but who also lost weight and ate more healthy monounsaturated and polyunsaturated fats.
In another study, men who ate a lot more fruits and vegetables – going from two servings to eight per day – lowered their CRP levels by one-third. The researchers say the drop was mainly due to eating foods rich in carotenoids, antioxidants that give carrots and oranges their bright colour.
So are you getting your 25g-35g of day of fibre!? 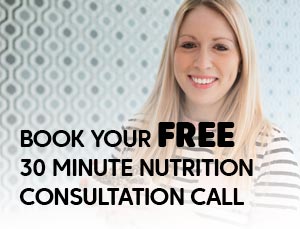